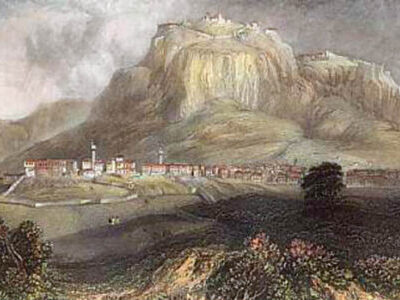 Corinth, the first capital of Greece

During the First National Assembly, which took place in Epidaurus from 20-12-1821 to 25-1-1822, Corinth was designated the Capital and Headquarters of the “Provisional Administration of Greece”.

During this period, Corinth became the focus of all major political processes and decisions taken regarding every aspect of the operation of the Greek state under establishment.

The conditions under which the Greek administration would operate in Corinth were anything but ideal. The magnitude of the almost insurmountable difficulties was vividly described by a German philhellene, who at that time was in Corinth and closely followed the events: “The Greek Government achieved incredible things in four months. In Corinth, ministers were looking for a table and a chair. This is difficult because there were no carpenters. The Turks had destroyed everything. “Everything had to be done from the beginning.”

And yet, in these adverse circumstances, the impossible became possible. In Corinth the Greek state began to acquire its first form. Here, for example, white and cyan were officially introduced for the first time as our national colors. On March 15, 1822, the Executive Body issued a decree, which determined the shape of the Greek flag. Under this decree, the ground forces would carry a blue flag with a white cross – the well-known flag that for years was the official symbol of the Greek state and is still used today as a war banner of the Greek Army. The naval forces would carry a flag consisting of nine alternating blue and white stripes, while at the far left of the flag there would be a white cross on a blue background – this is known as the “navy flag”, which is used as the official flag of the Greek state from 1978 until today.

The first commemorative medals of the Greek Revolution, which had the meaning of medals, were also cut in Corinth. On one side they had the image of Athena embossed and around it the phrase “Greece was grateful”.

In May 1822, the Order of the Philhellenes was officially formed in Corinth. It consisted of volunteers who had flocked from various European countries to offer their services to support the Greeks on the battlefields. In the roots of Acrokorinthos, the ceremony of handing over the war flags took place both in the battalion of the Greeks and in the first regiment of the regular Greek army.

Apart from the military issues, emphasis was also placed on the organization of the administrative mechanism, which would be the backbone of the Greek state. Thus, in Corinth, the first decisions were made for the division of the Greek territory into provinces. At the same time, the foundations were laid for the functioning of the judicial system, through the establishment of the first courts.
The printing house of the revolutionary Greek government also operated in Corinth. The laws that were passed between January and May 1822 were printed in it. The text of the Constitution of Epidaurus, the first charter of the Greek state, was also printed.

Decisions were also taken to enhance education: it is typical, for example, to take care of the operation of the Dimitsana school. Also of particular interest was the establishment of a modest health system: the establishment of the first public hospital, based in Corinth, was part of this framework.

Finally, the first official celebration of Easter took place in Corinth, in the sense of the organized participation of the Greek authorities in it. On the night of the Resurrection, a large procession was formed, led by about 500 men of the Greek infantry. The chairman of the Executive Body, Alexandros Mavrokordatos, followed, the other members of the government, as well as several of the deputies. The procession was closed by a second procession, also consisting of 500 soldiers.

The Metropolitan of Corinth, Cyril II, officiated at the resurrection service, who, after the end, delivered an inspiring speech to those present. The Resurrection of the Godman was combined with national polygenesis.

For about four months the heart of reborn Greece was beating here, in ancient Corinth. The pulse would continue uninterrupted until the end of May. Then, under the influence of internal disputes between the military and the politicians, but also the information that arrived about the formation of a powerful Ottoman expedition that would land in the Peloponnese (it was the army of Dramalis), it was decided to move the temporary capital to Argos.
During these four months, Corinth was inextricably linked to the first organized efforts of the Greeks to establish a, albeit rudimentary, state mechanism. Even before Greece was officially recognized as an independent state – something that happened only in February 1830 – in Corinth its first structures functioned in practice. Through the darkness of slavery the light of freedom rose timidly. 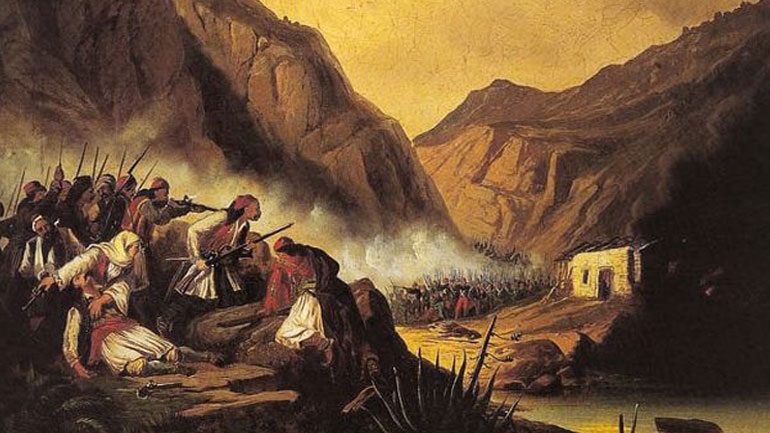 One of the most important chapters of the chronicle of the Greek Revolution is undoubtedly the destruction of the army of Mahmut Pasha “Dramali”, which took place in the straits of Dervenaki, Agios Sostis and in the area of ​​Stefani – Kleisoura of Agionori on the three days of July 26-28, 22.

On July 26, 1822, Dramalis’ exhausted army, in its attempt to retreat to Corinth, attempted to cross the rugged straits of Dervenaki. There he fell into the masterful trap of Theodoros Kolokotronis and suffered a terrible disaster.

In the night of the 27th to the 28th of July, the devastated Dramalis was informed that the gorge of Berbatio was unspoiled. So he decided to go to Agionoriou Street and from there through Klenia to take refuge in Corinth. In Agionori, however, he fell into an ambush of Nikitaras and Nikitas Flessas.

The destruction of Dramalis’ army was completed at the battle of Agionori, on July 28, 1822. Thus, Theodoros Kolokotronis became the organizer and main perpetrator of this victory that saved the Revolution and secured freedom in modern Greece. 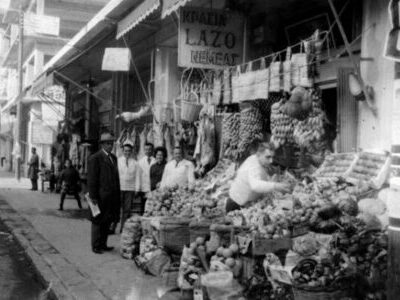 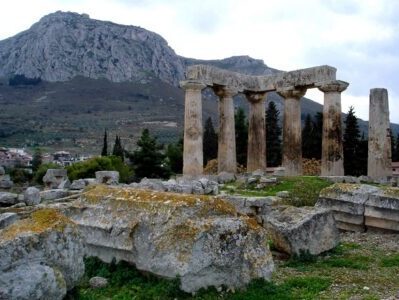 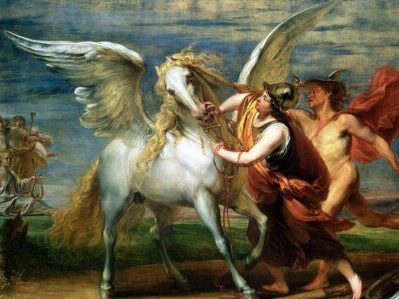