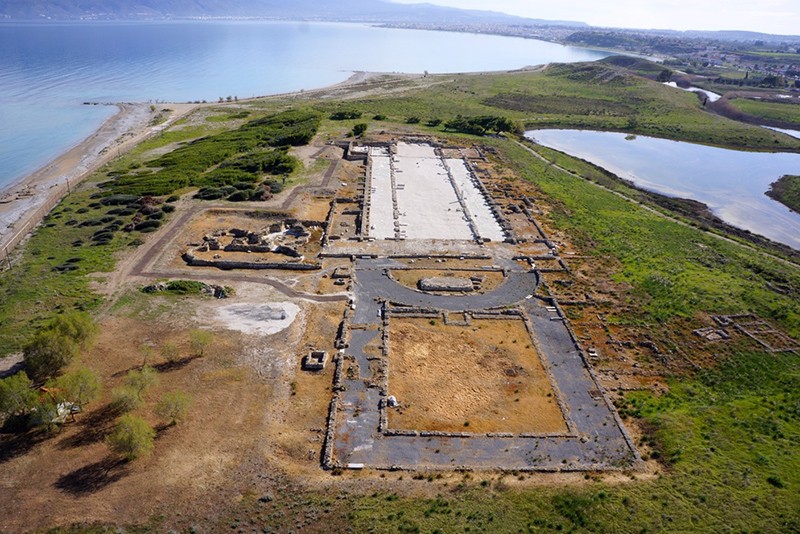 The port of Lechaeum was the main port – port of Ancient Corinth, a marvel of know-how and technology, copied by the Carthaginians first and then the Romans. It is named after Lehi, son of Pyrenees and Poseidon.

It is located in the Gulf of Corinth and was connected to the city of Corinth with long walls, with a total length of 2,300m. Between the walls, there was the famous street of Lechaios. The port, which had two divisions, the merchant and the naval base, was entirely artificial. It had three internal ports and three external ports. The rubble from the excavations was piled up on two hills to secure the internal ports from the strong north winds, which still exist.

Stone piers, piers, breakwaters, ramps, a total length of 7km were built along the ports, as well as a large number of warehouses and other port facilities for the thousands of tons of goods to and from the colonies of Corinth and the SW, a huge number of shipyards. triremes are built on behalf of other city-states, creating the first naval warfare industry, which resembles today’s. The capacity of these shipyards was undoubtedly remarkable, since in 334 BC. Corinth can contribute to the fleet of Alexander the Great 160 fully equipped triremes, when the corresponding Athenian contribution is only 20!

In the wider area of ​​the port, there was the Villa of Periandros, where the Symposium of the Seven Wise Men of Greece is located, and a beautiful temple of Aphrodite and Olympian Zeus. The port of Lechaio was used continuously from the 7th century BC until 1955, ie for 2655 years!