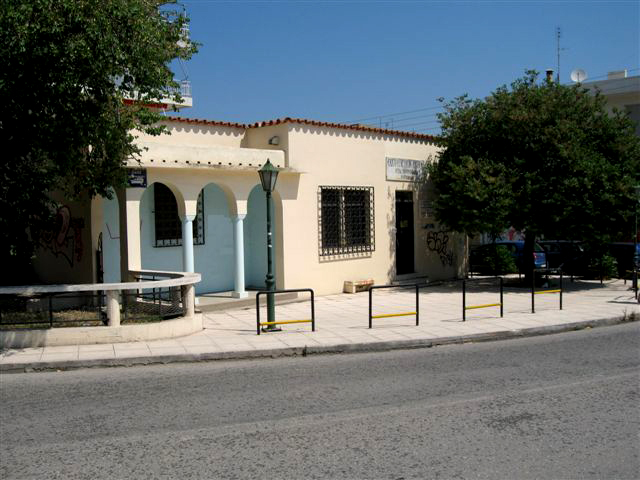 Opposite the Church of the St Paul the Apostle lies a low building, which now houses the Ecclesiastical Museum. This building is an excellent sample of anti-seismic architecture by Professor Per. Paraskevopoulos.

Inside the Ecclesiastical Museum important objects are stored, such as part of the findings from the early Christian Basilica of Agios Leonidos and the seven deacons of the ancient port of Lechaio. You may also take a look at the archive of Ottoman and Greek documents of the most historic Holy Monasteries of Corinth, Panagia Faneromeni and Aghios Georgios Feneos, as well as the old archive of the Holy Monastery of Aghios Dimitrios Stefanios and other documents. These documents have been published with the relevant supervision of Metropolitan Bishop Pandeleimon in a Greek translation from Turkish.

Antimonies of old hierarchs of the Holy Metropolis of Corinth are also included, such as St. Makarios of Notaras, as well as hierarchical vestments.

The collection of the Ecclesiastical Museum is complemented by several Byzantine and Post-Byzantine, mainly, portable icons of great religious, artistic and historical significance, such as the personal icon of Ioannis Kapodistrias, the First Governor of Greece, and part of post-Byzantine masonry frescoes preserved from the 1981 earthquake of the old Church of Perachora. The important exhibits of the Ecclesiastical Museum were recently transferred to a specially designed area of ​​the Krokideio Hall, located in the building complex of the Diocese of the Holy Metropolis of Corinth.