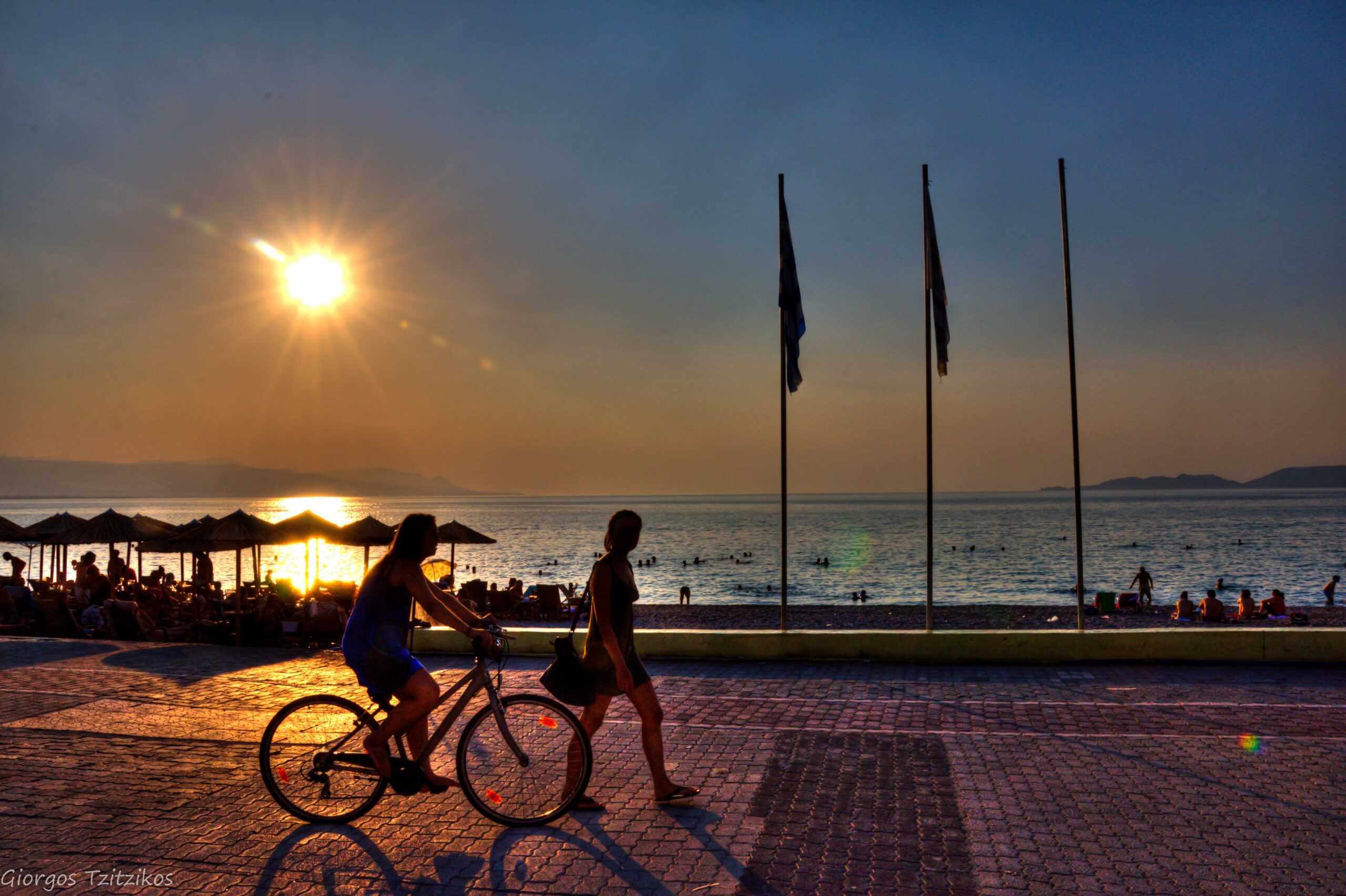 Walks in the city

The west coastal promenade of Corinth extends for most of the parallel to Kalamia beach, the most popular beach located within the city. It is easily reached following Georgiou Papandreou Street, which at the end ends at the sea.
On this cosmopolitan and modern beachfront, you can choose to simply sit back and relax in one of the many café-bars and gaze at the blue or take endless walks on its pedestrian street. The view is magnificent at all hours, but undoubtedly the sunset and the colors that are “painted” in the sky every dusk will enchant you. It is a good idea to take your bike with you and reach the impressive pedestrian bridge “Triiris” that unites the coastal front of Corinth from Kalamia Beach to the port and Poseidonia. It is known from history that in Corinth the first triremes were created by Bacchiadis Amenoklis, rowing warships with three rows of rowers that could sail at speeds unprecedented for the data of the time. This unique bridge in Greece has the shape of an Ancient Corinthian trireme.

As soon as you cross the footbridge, just a few meters below, you will see the complex of the Theological School and the Metropolitan Palace of Corinth. Behind and to the east “hides” another beautiful and picturesque beach of the city of Corinth. The beach Ieratiki, named after the school of the same name, which was in operation there in the past decades and today hosts the Regional Unit of Corinth. It is an organized pebble beach and is considered one of the most airy areas of the center. 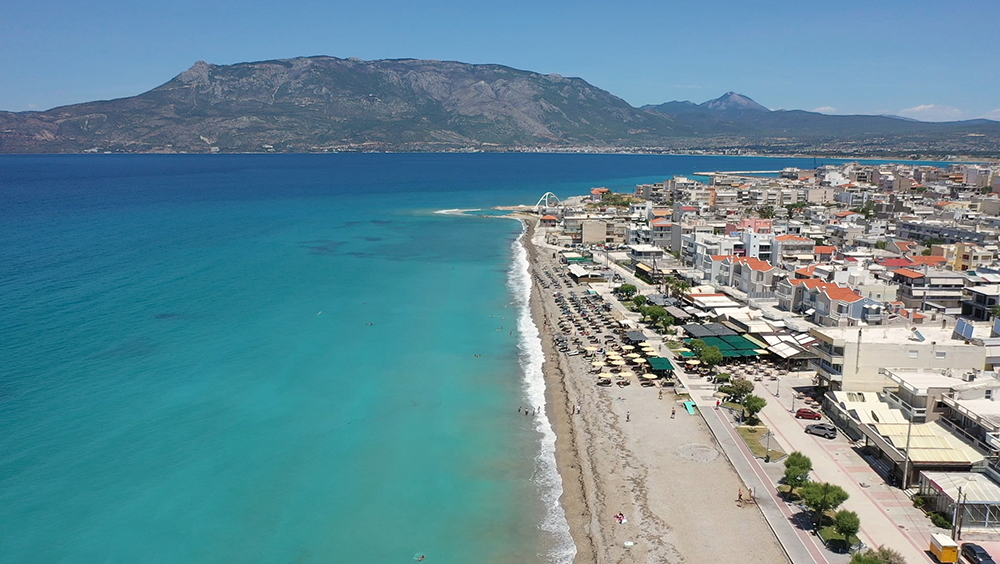